Documentaries on Saving Money and Finance 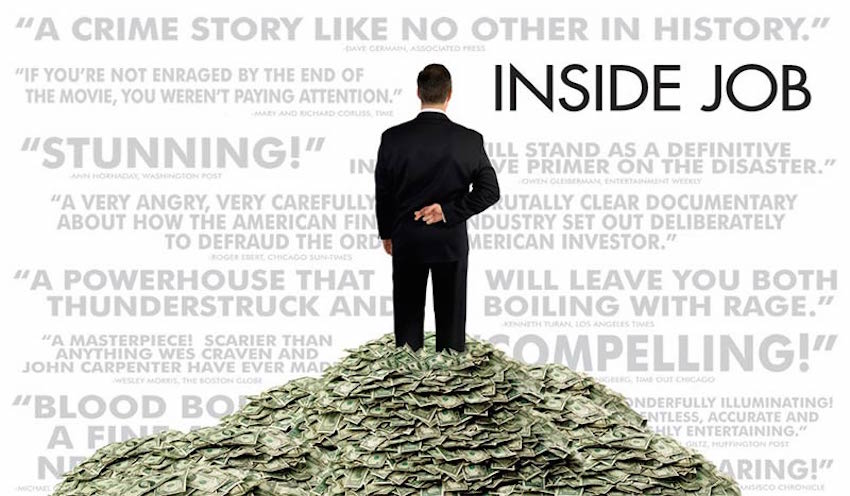 The following are five documentaries on saving money and finance. These documentaries can be very helpful on how to save money and less expensive than hiring an adviser. The others seek to help you understand the nature of the business world on the financial aspect, to see how “money talks.”

This 4-part documentary is basically the history of money or how it came about dating back to ancient times. It tells how man invented money as a means of transacting business. With the widespread use of money came the need to better manage it. Hence, the creation of financial institutions and these in turn became powerful instruments on how it shaped the world’s economy. It is based on the book written by Niall Ferguson “The Ascent of Money: A Financial History of the World.” Ferguson himself narrates the documentary. You can stream it on PBS.

Released in 2012, this is part of ESPN’s 30 for 30 series. It is not just a rags-to-riches story which highlights the rise to success of professional athletes, but also shows the opposite where they are hit by hard times, causing them to lose everything, usually from mismanagement of their finances and making bad decisions due to lack of business savvy. Selected athletes share heartbreaking accounts of the ordeal they went through. It seeks to educate viewers on the need to better manage their finances lest they suffer the same fate they did.

This 2008 documentary looks into the 2008 financial crisis. It shows the consequences of corruption in the financial service industry and how personal greed can bring about (nearly) the downfall of economies. It is divided into five parts, starting from how the economy was set up to fail to knowing who are held accountable and where to go from there. This serves to educate would-be investors on knowing where to literally put their money as well as the ethics that come with it. You can watch Inside Job online for free via Vudu but it’s also available via Amazon Prime.

As the title suggests, the subject is retirement plan. Everyone is encouraged if not required to have a retirement plan so they can reap the fruits of their work when the time comes for them to retire. But setting up a retirement plan is not as easy as it may look as it is fraught with numerous pitfalls. What this documentary does is educate people on ensuring they take the right steps in planning their retirement funds, to be on the lookout for “hidden” issues that have taken many by surprise and avoid the pitfalls that may come your way.

As the title may suggest, this is all about the perils of owning a credit card. While it was originally created for convenience, not using a credit card properly may lead to graver consequences. But in fairness, it is not wholly the users’ fault but the companies too are to blame as they employ sneaky or unscrupulous practices to take advantage of consumers who use deception to lull people into a false sense of security on having a credit card, only to find out later they were set up and are the ones having to face the consequences once they are deeper in debt.